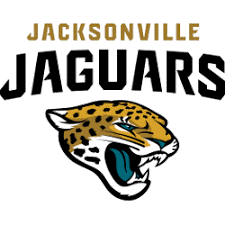 The sweepstakes is open to any customer in the USA who purchases a Lycamobile SIM card using the “JAGUARS20” promo code at Lycamobile.us (see T&C for free method of entry)

Lycamobile, the world’s largest mobile virtual network operator and Official Mobile Network Partner of the NFL’s Jacksonville Jaguars (“the Jaguars”), has today announced the launch of a sweepstakes that will give lucky customers in the USA the chance to win two free tickets to one of the Jaguars’ home games this season at the TIAA Bank Filed arena in Jacksonville, Florida.

To enter, customers must purchase a SIM card with plan (as low as $23!) from the Lycamobile website between August 14, 2019 and December 22, 2019, using the promo code “JAGUARS20”. Those customers will then be entered into a sweepstakes, which will be randomly drawn one week prior to each home game. The lucky winner will be notified by phone and email and will receive two digital tickets to that week’s game.

This competition is the latest step in Lycamobile’s multi-year partnership with the Jaguars and will be followed by a whole program of innovative projects that will bring new and unique experiences to fans and customers around the world.

Allirajah Subaskaran, Founder and Chairman of Lycamobile said: “This is a fantastic opportunity for our customers to attend some of the most exciting sporting events of the year. We are committed to connecting friends and families around the world, and sports are another great way of doing just that. We are thrilled to work alongside the Jaguars once again and wish them the best of luck with their upcoming season.”

For more information on how to enter, as well as terms and conditions please visit: https://www.lycamobile.us/en/football-season-sweepstakes/

Lycamobile is the world’s largest mobile virtual network operator, operating in 23 countries across five continents, and is the market leader in the international prepaid mobile calls market, with over 15 million customers worldwide and a new one joining every two seconds. Founded in 2006, it has fast become a global brand synonymous with connecting customers with their loved ones both nationally and across oceans, borders and networks at the lowest possible price.

Lycamobile is part of Lyca Group, a British multinational corporation delivering low-cost, high-quality products and services to communities across the globe. Since Lycamobile’s founding in 2006, a number of additional products and services have been added to Lyca Group’s portfolio, diversifying its offering across Telecommunications, Entertainment, Travel and Tourism, Healthcare, Media, Technology, Financial Services, Marketing and Hospitality.

The Jacksonville Jaguars are a professional American football team based in Jacksonville, Florida. They are members of the South Division of the American Football Conference (AFC) in the National Football League (NFL). The Jaguars joined the NFL as an expansion team in 1995 and are owned by Shahid Khan, who is also owner of Fulham Football Club.

The club plays their home games at TIAA Bank Field, located near the St. Johns River in downtown Jacksonville. The team headquarters is also located in the stadium. Since their inception in 1995 the Jaguars have won three division championships and have made seven playoff appearances. The team will celebrate its 25th season in 2019.

The Jaguars have committed to play one home game each year at Wembley Stadium in London, UK until 2020. They first played in 2013 against San Francisco 49ers, followed in 2014 by the Dallas Cowboys.  The Jaguars beat the Buffalo Bills 34-31 at Wembley in 2015 and followed that with a 30-27 win over the Indianapolis Colts in 2016. In 2017 the Jaguars continued an impressive home form by beating the Baltimore Ravens 44-7. In 2018, the Jaguars took on the Super Bowl Champion Philadelphia Eagles in front of a record-breaking crowd of 87,950 fans on October 28, 2019 at Wembley.

Recommend a friend and get free credit!

New to Lycamobile? Join us today!